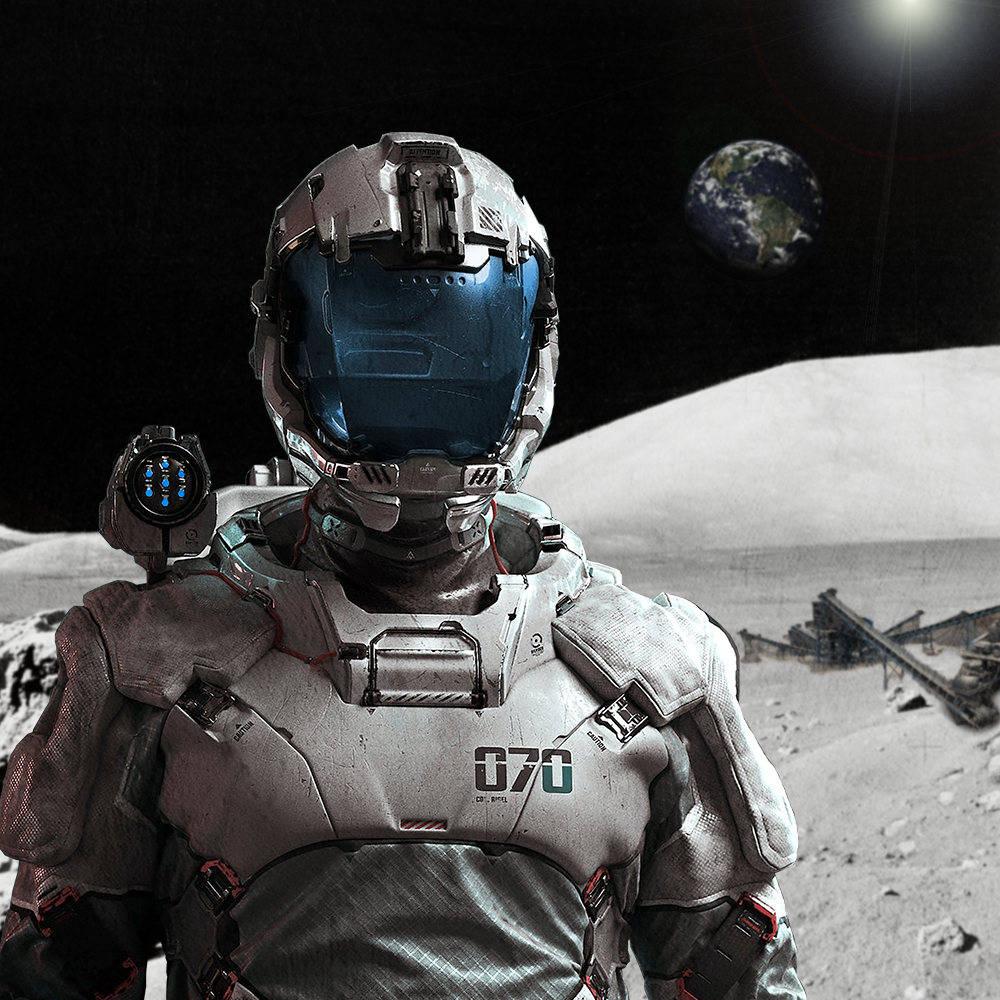 Can Aiden Shepherd overcome paralysis, the deep lunar ravine he’s fallen into and the merciless pirates who put him there? And all in time to make it home for Christmas? Find out in this fun, heartwarming adventure, “To The Moon and Back.” 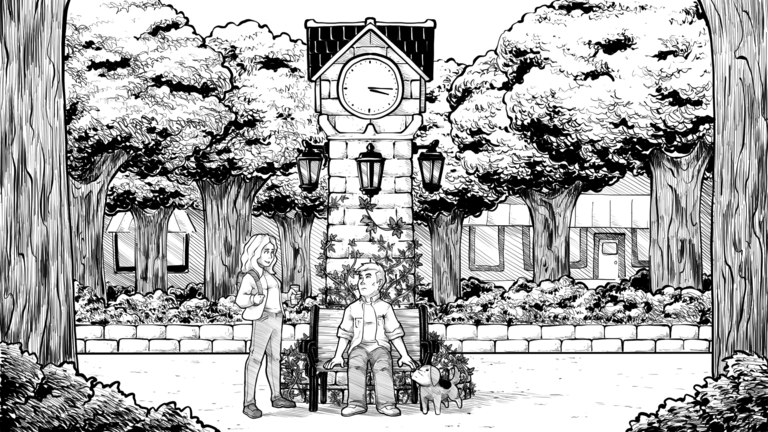 Now, what’s the best way to describe Annabelle Schmell? Well, people might say she was a bright-eyed young lady. That she was friendly and had a way of making others feel comfortable. That she usually wore cute dresses and Mary Jane shoes and loved photography. And all of that would be true. But what most people didn’t know was Annabelle Schmell saw Eddie differently from everyone else.

Eddie had known Annabelle his entire life. When she was five, Annabelle made a habit of intentionally breaking her doll as an excuse to visit Eddie at Mr. Billings’ repair shop. She would do this to get eight-year-old Eddie to fix it for her. Why, you might ask, did she do this? Clearly, she was smitten. But Eddie always saw Annabelle as the naggy little girl his parents made him be nice to. During Eddie’s high-school years Annabelle became a bit more tolerable and even fun to be around at times. But once he graduated, he didn’t see much of her. He still thought of her as an annoying little sister.

Eddie closed his notepad and slid it and the pencil back in his shirt pocket. Annabelle finished crossing the street and plopped down beside him on the bench. She wore a canvas backpack over her navy-blue sweater and toted a drink from the Mighty Mug. Eddie eyed the beverage enviously. The smell was unmistakable.

Annabelle smiled. “You didn’t answer me. How are you doing?”

“Nothing much. Just got a Mocha Latte and thought I’d work a cryptogram before heading up to The Wicked Wood.” She glanced at Eddie with mischievous eyes. Eddie faked an uninterested laugh as he tried not to take the bait.

Eddie sensed Annabelle knew he couldn’t help but wonder why she was going to The Wicked Wood. So he wasn’t surprised when she baited him further.

“Oh, it’s much more than a story,” she said. “Lenny Baskin was snooping around up there a few days ago trying to find the old Moonshiner’s Ghost. And guess what happened?”

Eddie tried to look disinterested. Annabelle lowered her voice to almost a whisper and leaned toward him.

“I’ll tell you what happened. Lenny saw the ghost…right before it put a spell on him.”

“Put a spell on him?” Eddie repeated disdainfully, as he lost interest for real.

“Yeah. He said his head got all foggy and he felt like sleeping.” Annabelle started getting animated. “Next thing he knew, branches and leaves were grabbing him. He said if he hadn’t fought the spell the forest would have eaten him up.” She paused for effect. “Never to be found.”

Eddie rolled his eyes. “Annabelle, high schoolers have been telling that story for years to scare the lower grades. The spell-casting part is new, but I imagine each year the legend keeps getting more ridiculous. But it isn’t real.”

“You’re one to talk. Why is this story any different than the ones you believe?”

“Because my stories – I mean conspiracies – have tons of data. And I seriously doubt Lenny Baskin actually went to The Wicked Wood.”

“Well it doesn’t matter, I’m going up there anyway. My senior project is called ‘The Legend of The Wicked Wood,’ and whether the legend is true or not, I’m going to have a killer paper.”

“It’s a waste of time. If you want to do a paper on something really interesting you should look into how the government controls people’s minds through milk and tap water. It’s why I only drink distilled water, and never drink milk.”

Annabelle appeared somewhat deflated by Eddie’s remark. She stood up.

“Fine. I’ll leave the conspiracies with ‘tons of data’ to you.” She turned to cross the street.

Eddie had a sinking feeling in his stomach. Annabelle had just shared something with him she was excited about, and he shot it down. Dog moaned a disapproving moan. The kind of moan that says, “You don’t have many friends as it is, so don’t lose this one.”

Eddie watched Annabelle approach her car. The further away she got, the greater the sinking feeling became. He’d never felt that before. Then something else rose up inside him and he called after her.

She quickly turned to look at him, her eyes filled with anticipation.

“Thanks, Eddie!” Annabelle called back across the street as a smile crept onto her face.

Her smile got even bigger. “I will.” She climbed into her car and drove off. As Eddie watched Annabelle drive away, presumably to investigate The Wicked Wood, Dog let out a bark. The kind of bark that says, “Now that’s more like it.”

Receive updates about new books
and tips to encourage your reader! 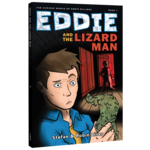 Purchase from your favorite marketplace